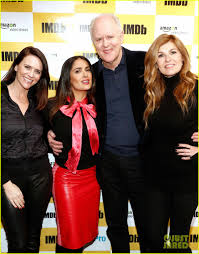 Beatriz at Dinner – The message of the film is timely in that they didn’t know trump would win before completing the film.  Music is good. Connie Britton and Johnathon Lithgow put in strong performances with Selma Hayeck effectively performing as instructed by the director.  (I’m wondering though, why he felt the need to show her from behind so often.)  The film was promising until it came to the ending – derailed!  Was happy to hear from the director, Selma and Johnathon after and must say, I fell in love with the actress – she has quite a huge heart.  She and the director have been trying for over 20 years to do a project together!  Ok for date night but, maybe stream.